The Backstory of Carol Woods Online 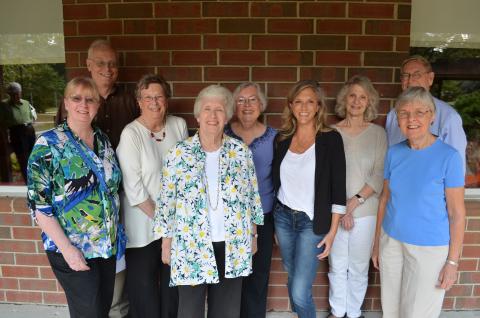 Who would have thought that in a mere four years, Carol Woods could go from an “off the shelf” web portal to a sophisticated website named Carol Woods Online.  The story starts in the spring of 2011 when residents Jane A. and Pat B. petitioned Carol Woods management and the Residents Association to form an Information Technology Advisory Committee (ITAC for short).

Both priorities were achieved in 2012 – the Carol Woods Resident Web Portal in June and campus-wide WiFi in October.

Having achieved success in these two areas, the IT Advisory Committee developed a working group to manage the current web portal while developing a new resident website. This Carol Woods Online Working Group is co-chaired by resident Cindy F. and Carol Woods Director of Business Initiatives, Nikki Bodkin. The website is designed to be a repository of all things Carol Woods, providing a user-friendly hub for communication and information-sharing.

So, how many hours does it take to create a new website while maintaining an existing one? We asked those who have been part of the CWOL team to let us know how many hours they have worked on the project during the last two years.  Some joined later than others, but the best estimate of these nine members is over 6,000 hours. The lion’s share of the hours were logged by residents Jane A. and Cindy F.  During the first year, the two of them were averaging 10 hours a week. For the first eight months of the second year, they were averaging 20 hours a week and finally during the last four months, they were spending 30 hours a week.  Two group members made the following comments:

“Cindy and Jane deserve fame and fortune. There is no way others can imagine the time they have put in.”  ( Resident Jane S.)

“We (Carol Woods) would not be where we are technically without the forethought and efforts of Pat B., Cindy and Jane.  They brought WiFi and the first website to the campus. Now we have a new state-of-the art information and communication hub for Carol Woods.”  (Resident Celia S.)

The total number of hours is almost the equivalent of 1.5 people working full time during those two years.  What dedication and what marvelous results!

Although the Carol Woods Online Working Group might dispute the fast forward part, the new website was unveiled on September 16.  First there was a showing of the website on the large screen in the Assembly Hall and then residents were able to go to the Computer Room for some hands-on training about accessing the website. Those with tablets, iPads or laptops were given instructions in the Social Lounge.  As an added bonus, residents could go to the Audubon Room to have their photos updated for the new website. (Those who had not completed their bios were reminded about how easy it would be to do that online.)

Following the tutorials and photo opportunities, residents returned to the Assembly Hall for a welcome by Sue S.,  President of the Residents Association, and Pat Sprigg, Carol Woods CEO.  A reception followed.

Once you have fully explored CWOL, you might wonder if anything has been left out.  Residents will have access to slides and embedded videos from presentations. Programs of upcoming concerts, including the performers’ complete biographies, will be as close as a click.

The website has information about 89 committees and special interest groups, resident and staff directories, all of Carol Woods’ services, and any public Carol Woods document you would like to pull up is at your fingertips.

Home Page:  The home page is the epicenter. It displays all activities for the day, upcoming events, announcements, dining menus.  You can even list your “favorites” which allows you to access areas of the website with a simple one-click. There are areas that allow you to edit your profile and change your password, and one-click views of the Friday Memo and Carol Woods News. Direct links to the weather, the Carol Woods library digital catalog and the Chapel Hill library are a click away from the home page. You can send suggestions to the CEO, Dining Services and the Webmaster as well as complete frequently used forms right from the home page.  These are automatically sent to the right person(s). Also conveniently located is a direct link to weekly menus, the special of the week and daily menus with nutritional information.

Resident Directory: This was one of the most popular features of the early website and has been enhanced in CWOL.  This directory lists all current residents (both on campus and Early Acceptance). Each profile contains a photo and a biography (if the resident has completed one). From the directory, you can click on a resident’s email address and immediately send an email to that person.

Staff Directory: This is a new feature of Carol Woods Online. It also includes photos of all staff members and their department affiliation. Some staff have already begun to enter brief bio information so that residents get to know a little more about them personally. You will also be able to go to a particular area such as Dining Services and see a list of all the staff in that department.  You can click on a name and be linked to a photo.

Who are the Primes?

Each committee and special interest group was asked to appoint at least one person (or Prime) who would be responsible for posting new items on the group’s “home page.”  Over 100 residents (Primes or their alternates) attended coaching sessions as well as one-on-one tutorials where they could go for personalized help.  Although many of these residents had never done anything like this before, they came to learn and then to learn some more!

The Primes enthusiastically took on their role. They learned to post minutes, membership rosters and all the usual stuff of committees. They also began to explore the possibilities the new website offered, adding color photos and graphics -- all designed to make their own “home page” more exciting and enticing.  And they found they could post much more substantive information.

In addition, Nikki Bodkin has led the staff effort to make the Services and Management sections of the website operational. The site was designed so both residents and staff could take ownership of their sections.

It appears that CWOL is ready for “primetime.”